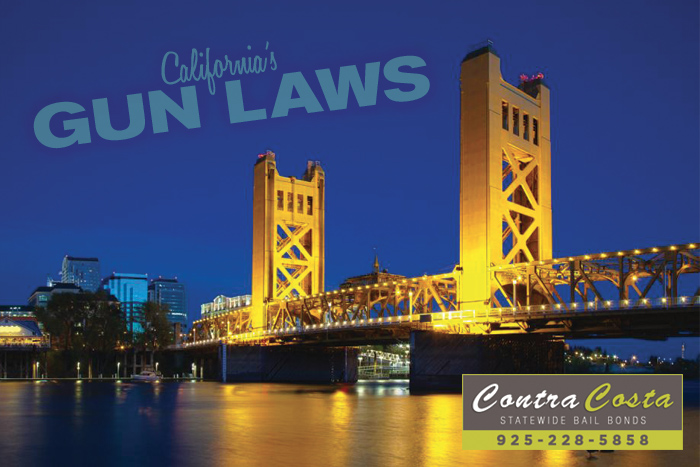 The purpose of gun laws is to regulate the use, sale and possession of firearms. Each U.S. state may have different gun laws; California has some of the most restrictive gun laws in the country.

In terms of owning and selling guns in California:

Gun laws change frequently and new ones are constantly being proposed and perhaps passed.

These are the new gun laws for this year:

Gun debate is very sensitive but rightfully so. Safety is priority. People with guns must be very well-read on their rights.

If there is ever a need for a bail bond agent for someone who has been arrested (whether it’s related to gun use or not), contact Contra Costa Bail Bond Store. We’re fully capable of helping bail anyone out of jail with our zero down bail bonds on the terms that they are able to pay off the customized payment plan and the defendant attends court as ordered.

Call Contra Costa Bail Bond Store at 925-228-5858 or Chat With Us online anytime today and we’ll help you out immediately!