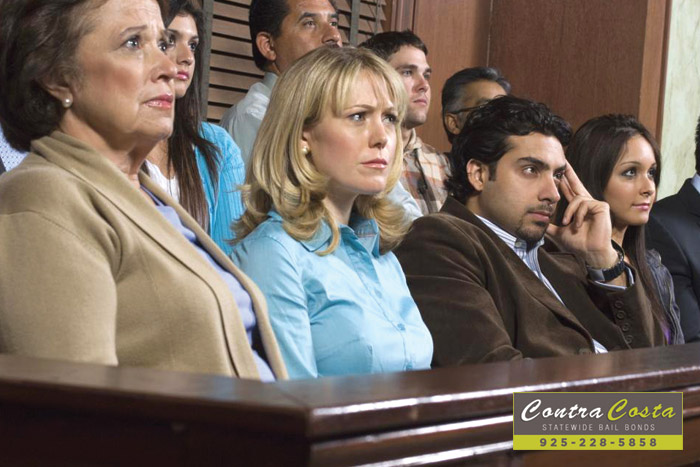 U.S. citizens who reside in the United States can receive a letter in the mail that summons them to serve on a jury. This is called jury duty. If selected to serve on the jury you’ll listen to a court case and use what you learned during the trial to decide if the defendant is guilty or not guilty.

Who is Eligible For Jury Duty?

In California, there are some people who aren’t required to respond to a jury duty summons. People who are exempt include:

You can only be asked to serve on a jury that is taking place in the county you legally reside in.

California has what is called a one-day or one-trial policy for jury duty. This policy was adopted in 1999 in an attempt to make things simpler for jurors and their employers. The way this works is that a juror is not required to serve more than one day of on-call jury duty. This means that if the person is called into the courthouse for jury duty selection and isn’t selected, they have still fulfilled their one-year requirement and can’t be summoned for jury duty for a full twelve months.

If the juror is assigned to on-call or standby jury service they only have to remain on-call for five days. After that, they are released from jury duty for a year.

If you’re selected as a jury member for a trial case, you will have to sit through the entire trial. Once the trial is over, you’ll be released from jury duty for a full year.

Are You Paid For Jury Duty?

California does have a policy in place to make sure that anyone who responds to a jury duty summons is paid, but you won’t make enough to cover the cost of not going to work. The policy is that you’re paid $15 a day for jury duty. You’ll also receive a $0.34 reimbursement for each mile you have to commute to the courthouse. The mileage reimbursement only covers your commute to the courthouse, not home, and only kicks in if you’re assigned to a trial and have to make the commute more than one day. Some counties have a policy in place that covers the cost of public/mass transportation.

The exception to the $15 a day payment is government employees who receive their full pay plus their benefits.

What If You Neglect To Respond To A Jury Duty Summons?

While it’s easy to understand that urge to ignore a jury duty summons, it’s something you’ll later regret. You’re legally required to respond. A failure to respond to the summons will result in you potentially being fined up to $1,500 and possibly even have to serve some jail time.

If an emergency comes up, you can’t simply fail to show up for jury duty. In the event of an emergency, you have to contact the courthouse as quickly as possible. If the judge feels the emergency is valid and severe, they will excuse you. This is true even if you’re in the middle of a trial jury. Be prepared to provide proof of the emergency.