What Are Hate Crimes? 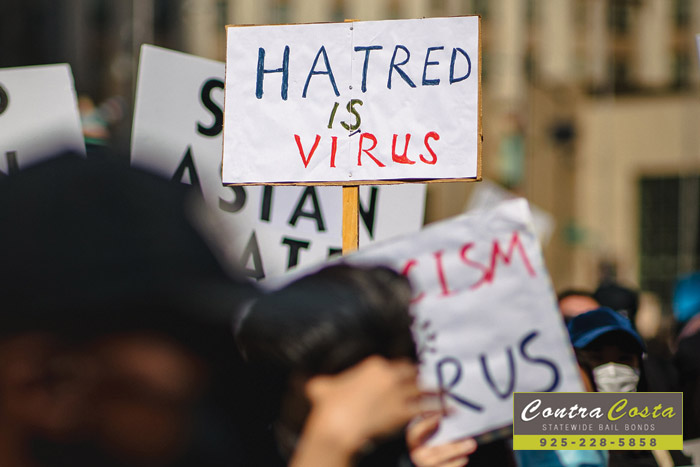 09 Jul What Are Hate Crimes?

When you look at one of the sites that cover news in a major California city, you’ll likely see at least one leading story that is connected to a hate crime. Most of the articles talk about someone who was injured because of a hate crime, has been arrested in relation to a hate crime or it’s about a local anti-hate crime protest.

What separates hate crimes from other types of crimes is that hate crimes actively aren’t about a personal connection. The driving reason behind hate crimes is that one person (or a group of people) represents a group that the perpetrator feels threatens them. Hate crimes can involve race, sexual orientation, religion, etc.

Hate crimes are a huge problem. While only one person might be an actual victim, the end result is that a single hate crime creates a ripple effect so that it impacts friends, family and even a community’s reputation.

California lawmakers are so worried about hate crimes in the state, that they’ve created a single, separate law to deal with the issue. California hate crimes are addressed in Penal Code Sections 422.55, 422.6, 422.7 and 422.75 PC.

In California, you can be charged with a misdemeanor hate crime or a felony hate crime.

If convicted of a misdemeanor hate crime in California, you can be sentenced to a full year in a county jail and required to pay a maximum fine of $5,000, plus restitution. Some judges will settle for sentencing you to probation instead of actual jail time. You can also be required to complete up to 400 hours of community service.

If you’re convicted of a felony hate crime, Penal Code 422.75 PC section D states that “a person who is punished pursuant to this section also shall receive an additional term of one year in the state prison for each prior felony conviction on charges brought and tried separately in which it was found by the trier of fact or admitted by the defendant that the crime was a hate crime. This additional term shall only apply where a sentence enhancement is not imposed pursuant to Section 667 or 667.5.”

In many cases, additional charges, such as aggravated assault, are also filed.